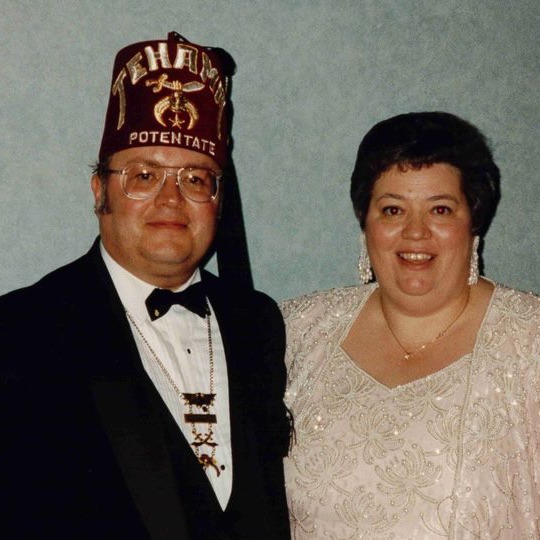 Rollie was born on February 9, 1951, at Mary Lanning Memorial Hospital in Hastings, NE to Hazel (Klein) and Henry Manske, Jr. He was raised in Ayr, NE, and graduated from Roseland High School in 1969. Rollie and Deb were married on January 29, 1971, at Zion Lutheran Church. They were blessed with 46 years of marriage. He served in the U.S. Army Reserves.

Rollie was an insurance agent at Manske Insurance (Gary Thompson Agency). He was Potentate of Tehama Shrine in 1993,  a member of Hastings Lodge #50 and Mid-West Lodge #317 of Hastings, a 32nd Degree Scottish Rite Mason, member of the York Rite, and Tehama Clowns and Jesters. Rollie was also a member of First St. Paul’s Lutheran Church and enjoyed spending time with his family and spending time at the lake.

Debbie was born on October 15, 1952, to Donna (Rasmussen) and Harold Bassett in Hastings, NE. She graduated from Adams Central High School in 1970.

Debbie was a secretary at Gary Thompson Agency until her retirement in 2014. She enjoyed spending time with her family, especially her granddaughter, Kylie. Debbie was a member of Daughters of the Nile where she was Queen in 1995 and Recorder for Naamah Temple #108. She was a member of the Nebraska Llama Association and Fainting Goat Association. Debbie was the first fainting goat judge in the United States.

Debbie was preceded in death by her parents; several uncles; and brother-in-law, Dick Peyton.